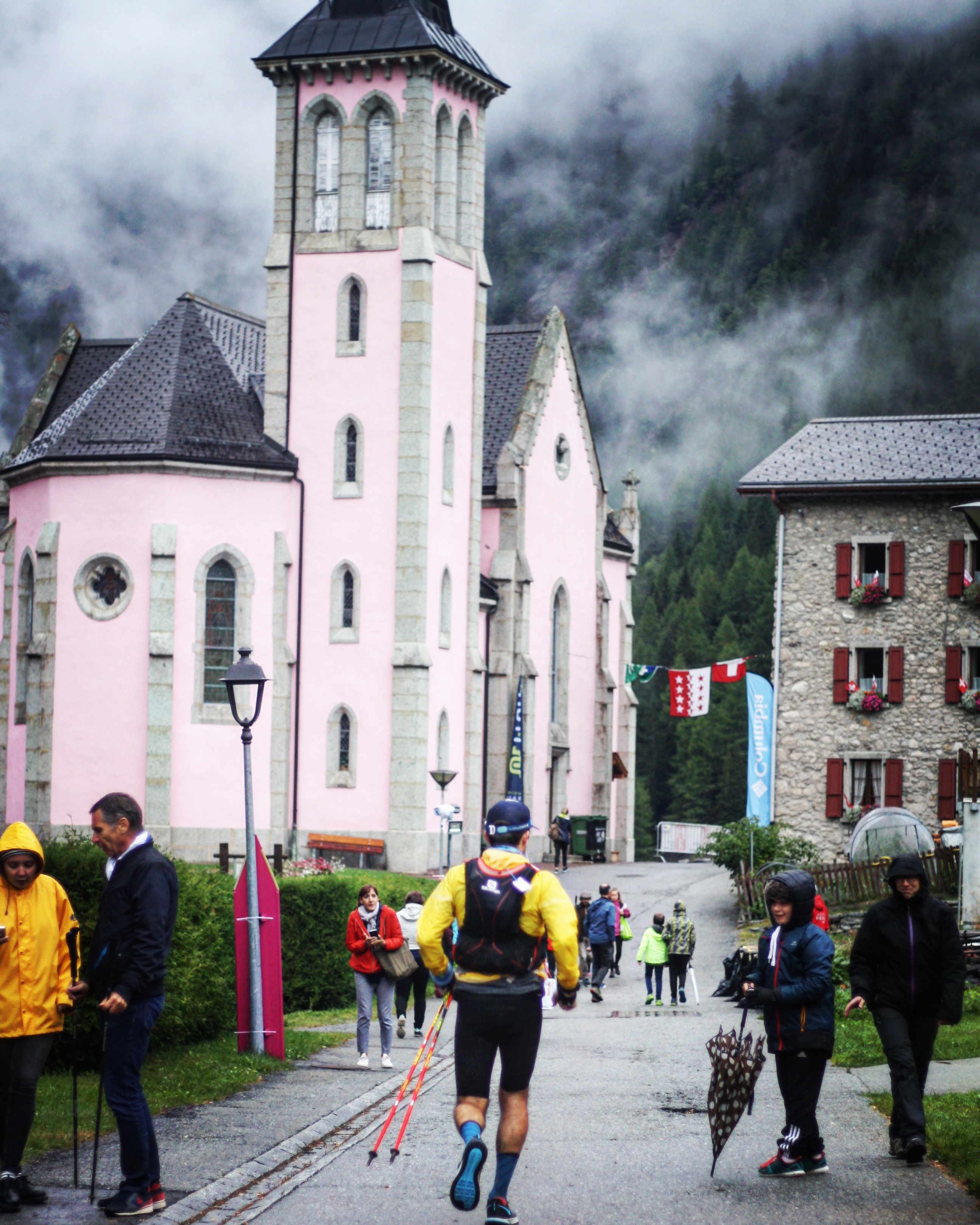 Warning: this won’t be your typical race report.

During my flight out to Chamonix, I started drafting a blog titled Why I Run. It was essentially a reflection on the lifelong journey I’ve had, since childhood, of overcoming cancer and bouts of depression with a general sense of excitement and curiosity along the way. I included lines like “Being active wasn’t something that anyone really endorsed; it just became a way of being.”

I suppose there’s a reason why I couldn’t finish that blog, either because of time constraints or the really really good movie selection on Turkish Airlines…or, in a more candid sense, because it didn’t feel genuine enough. It felt like I was hiding something that would force me to be incredibly honest and vulnerable, and even if I were the only audience, its lack of authenticity would haunt me every time I read it.

You see, my life has had one deep, frightening characteristic attached to it, something that was embedded in me as a child and continues to this day: an overwhelming worry about what other people think of me.

It’s the reason why, in Stephanie’s words, “everything seems like a burden” to me at times. Whether it’s ensuring that my parents don’t view me as a failure, my company values my work, or - in the case of my trail running pursuits - others think I’m adventurous or fast or simply worth keeping around for an occasional run…too many times, my state is being is defined more by that worry than by one of simply showing up. As a man in his mid-thirties, I hang my soul in resignation just thinking of the fact that I allow something so juvenile, yet so crippling, to creep into every little crevasse.

That’s why CCC - this 101-kilometer behemoth of a slog in the shadow of Mont Blanc - was an ultimate test of how much I was willing to let that fear and worry continue to define me. And that’s why it will always be very, very special for reasons beyond the feeling of crossing that line at 1:16am on Saturday morning. Here’s why.

The months leading up to CCC forced me to prepare for something with a focus I’ve rarely experienced. My bedtime moved up by a few hours, my presence at November Project was reduced, and I now needed to ensure I scheduled a proper amount of time to stretch, roll, take Epsom salt baths…and essentially ensure that my body didn’t entirely fall apart from the additional strain I was putting on it. But my motivations for doing so were multi-faceted, and the one that continued to draw my focus was how everyone else would be impressed by this.

I can’t exactly remember when it was, but I think it was the weekend I spent slogging up and down Mammoth Mountain where I realized that impressing people was a completely insufficent and stupid reason for me to put all this time and energy toward a race - or really, any endeavor involving more than sitting on a couch inhaling Oreos. My soul-crushing Saturday long run - taking me up and down Mammoth Mountain three times - preceded a self-induced pity party while sipping a beer with my friends, Ben and Pam, and getting an altitude headache. I snuck into bed by 8pm, thoroughly convinced that the 15-miler I had on the schedule the next morning would not be happening.

I woke up the next morning, and almost by muscle memory, I made a light breakfast, loaded up my pack, put in my headphones, and headed out the door for my run. It wasn’t until about a mile in that I reminded myself that I wasn’t supposed to be doing this run - I was slated to be in bed, bitching and moaning and convincing myself that everyone viewed me as a failure.

What followed was a climb up Dragon’s Back that felt - well, not effortless, but genuinely freeing. It continues to be the run I remember most vividly over the summer - and not just because of the Tim Tollefson flyby + post-run burrito. :)

Even as Mario and I reflected on my training a week prior to CCC, I pointed specifically to those two days in the High Sierra as the turning point in my training - suddenly, I gave less attention to the Strava kudos - and even how my body was physically adjusting itself - and much, much more to how badly I really wanted to push my physical and mental limits in the Alps. More than just a physical and mental barrier had been breached; a spiritual one had its authority questioned.

Moments leading up to CCC added a layer of stress that I decided to confront with an attitude I may have not had prior. My gear bag - essentially a trail runner’s lifeline, thousands of dollars of invested money and energy and soil notwithstanding - went missing, and I found myself on a bus from Milan to France with no guarantee I would have any of the gear necessary to run the race. Moreover, I thoroughly convinced myself that, despite journeying to the Sturgis Motorcyle Rally of trail races, nobody would be willing or able to assist - not because they couldn’t, but because (duh) I wasn’t good enough to warrant a handout. I wasn’t fast enough for someone like Celia from Gu to offer up a boatload of waffles…or Charley and Paddy from The North Face team to offer up a pack, headlamp, and jacket…or Stephanie Case to offer up her battle-tested poles…or…

Yeah, that all happened. 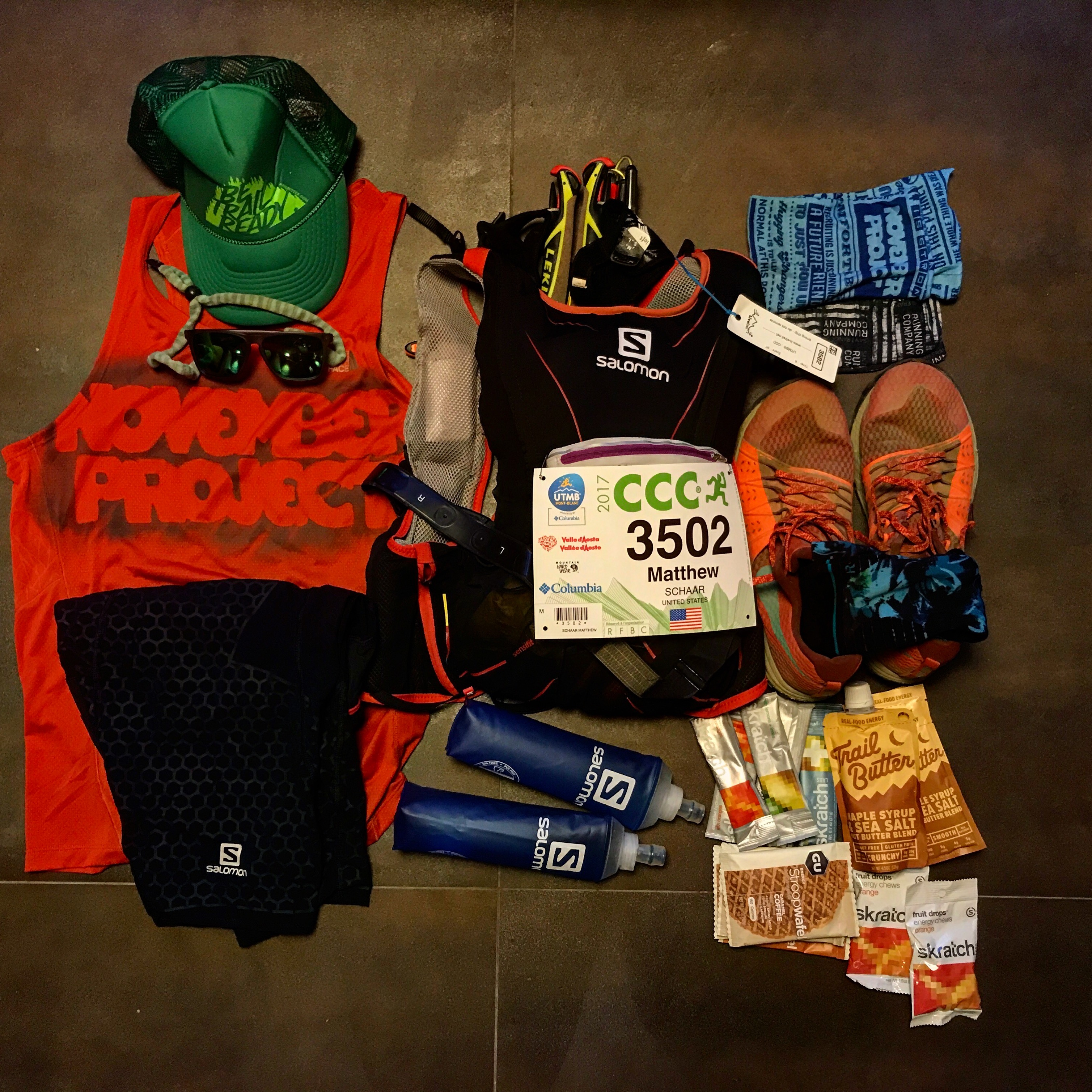 Another barrier was breached in that moment: I realized that being good enough wasn’t really a pre-requisite for people to actually care for your needs. So many moments of my life have been defined by what I perceive as failures - whether job loss or breakups - and every time, I’ve placed the responsibility for the situation entirely on myself. I even found myself ticking off the reasons why it was my fault my bag wasn’t delivered by the airline - a futile attempt to try and find a way out of asking for help or being vulnerable.

The kindness and selfless love exhibited by the trail running community in these moments is what nearly drove me to tears at several points during CCC. I nearly cried - somewhere after Champex-Lac, I think - when thinking about how Stephanie went shopping on Newbury Street in Boston (three hours before her flight) so I had a pair of shoes for the race, or how Nick and Emma and Annelise commandeered my Instagram account to provide updates to friends and supporters back home. It was those experiences that were etched in my mind as the sun set, as the rains intensified, and the cold, alpine air started to render my hands immobile. It was those moments that motivated me to slog my way to the finish.

I’m convinced that, if I had reflected on how others would perceive my time, or what place I’d finish in, if I’d get the attention of sponsors or brands - I wouldn’t have finished. CCC proved to be an absolutely crushing race with nary a shred of forgiveness, and especially has little sympathy for someone who isn’t attempting it for the right reasons. 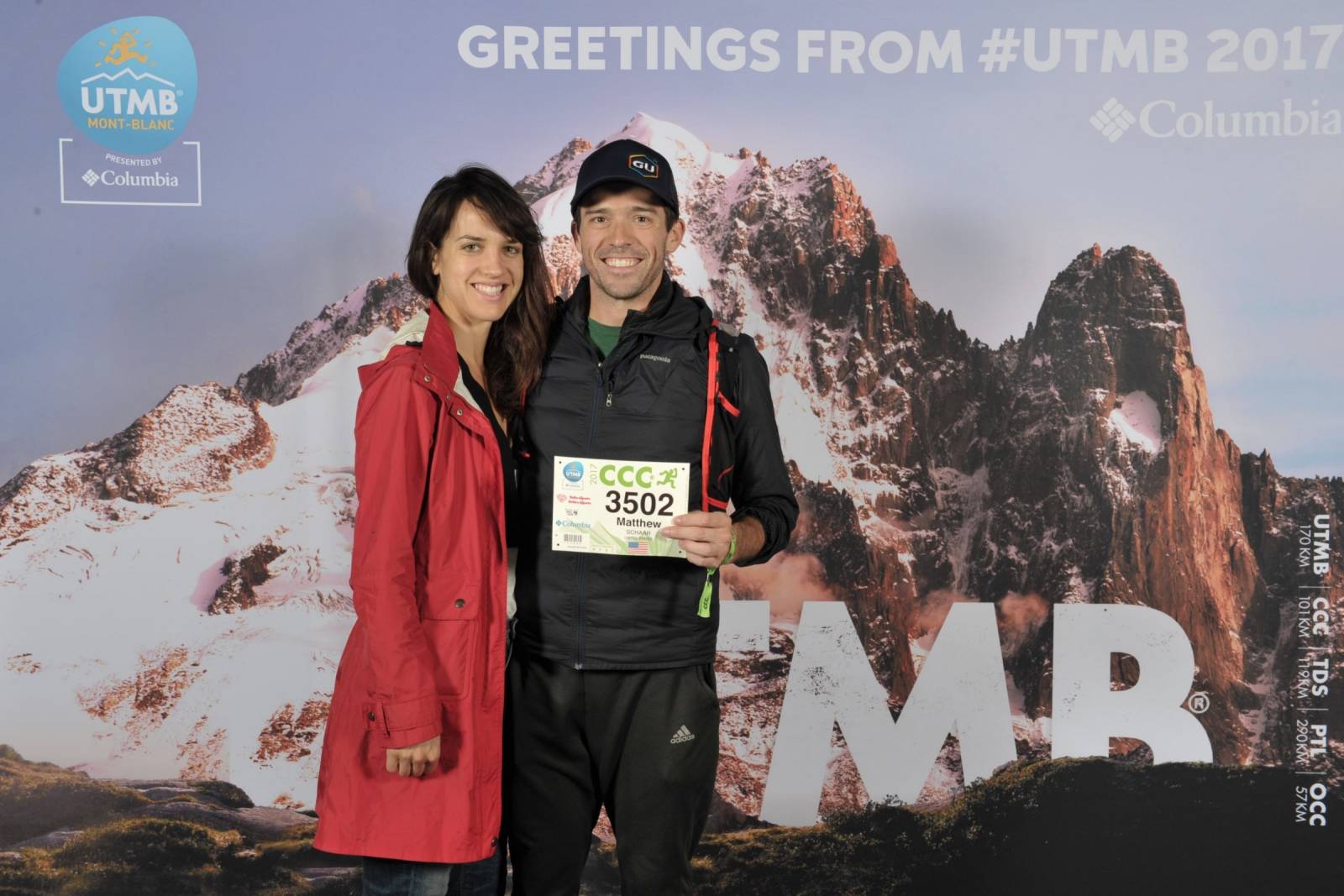 I finished the 101-kilometer, 19,500-foot-vertical CCC in just over sixteen hours. Everyone who knew my goals understands that this wasn’t what I had hoped for timewise - yet they were also the first to make it very clear of two things: they were proud of me, and I did the very best I could.

And in this moment, I’m absolutely satisfied with that. I’m satisfied with myself. I don’t need to get a phone call from Gu or Nike or anyone else - nor should I expect one, as myriad other athletes are in far better condition to represent them. But my journey to completing this race is one that made a seismic shift in how I perceive myself - and giving others the space to gently play a role in that experience. It’s just funny how it took a day-long sufferfest in the Alps to get to this point.

A phone call with Mario last week brought some things to light that I hadn’t considered before. This was the first time I’ve put in considerable energy toward a race - which means I’m in even better condition to tackle the next one.

I’m running the New York Marathon in November, which means I’ll be shifting to flatter surfaces for a bit. Don’t worry, Marincello - I’ll be back soon. :kiss:

Meanwhile, I’m going to start working on a couple of side projects. I’ve been showered with incredible gifts from the trail running community; now it’s time I give something back. I’m excited to share those with you soon.