Service through time and money is something I’ve always believed in. Years ago, I devoted a large chunk of my annual giving of both to the church as a tithe - but since I’ve not really been involved in organized religion for a few years now, it’s opened up many opportunities to support a variety of organizations.

I love to give in a way that aligns with my values (duh), although in 2017 I’d say that I gave in a way that would help thwart a near-term crisis. Donating to the American Civil Liberties Union and the Environmental Defense Fund was a dual-mandate of supporting the efforts of two wonderful organizations and helping fend off the impending actions of a madman. And while each organization has seen their mission challenged, they’ve remained strong and defiant.

Now, while I could continue giving to these groups, I also realize that 1) I care about lots of things and 2) giving can also come in the form of service, time, and advocacy. Lots of opportunities to serve those causes will come in 2018, I think.

So, with that, I reflected a bit on what I’d like to support next year, and it came down to two big topics that I consider necessary to address if we’re going to keep on growing as a society:

There’s a little bit of history behind this one: way back in my sophomore year of high school, the National Forensic League’s debate topic du jour was juvenile crime. As a fairly sheltered white kid from South Dakota, the research we were obligated to do revealed some really surprising and depressing things around imprisonment in the United States.

I won’t get into many details, but we’ll just say this: when a bunch of Harvard-educated white kids are able to start businesses off of possessing and distributing a drug that has landed thousands of black men in prison for decades, something is a bit off.

Not just a bit off, but way off.

Admittedly, the prison population wasn’t front-and-center in my mind for a while. Perhaps that’s the way it’s been set up to be. But then, a friend of mine introduced me to an organization named Defy Ventures, which equips incarcerated individuals with business skills and training to utilize upon their release. If anyone’s watched The Shawshank Redemption and lamented the struggles that characters like Brooks and Red had with re-integrating into society, this is basically what Defy wants to combat: along with this shock comes the desire to return to a place of comfort, which explains why the recidivism rate amongst released prisoners is above fifty percent.

So, once I learned about an Entrepreneur-in-Training pitch competition being held for Defy students at Valley State Prison this past month, I was equal parts intrigued and skeptical - was this actually making a difference? The only way I could really find out was to volunteer for a day (bless you, Salesforce, for your generous VTO plan).

As I hopped into the car for the drive home afterwards, emotionally drained from a day chock-full of hope and opportunity, this is all I could say.

I met men who have done some serious time for crimes that deserved punishment of some form. Yet in the few hours I spent at VSP, I recognized that my experiences, my privilege, and my good fortune are all variables that many incarcerated individuals have turned against them. Defy gets this, and they need our help.

I’m planning to organize a group of individuals interested in participating in some of Defy’s other activities. And I look forward to seeing what 2018 provides to them. 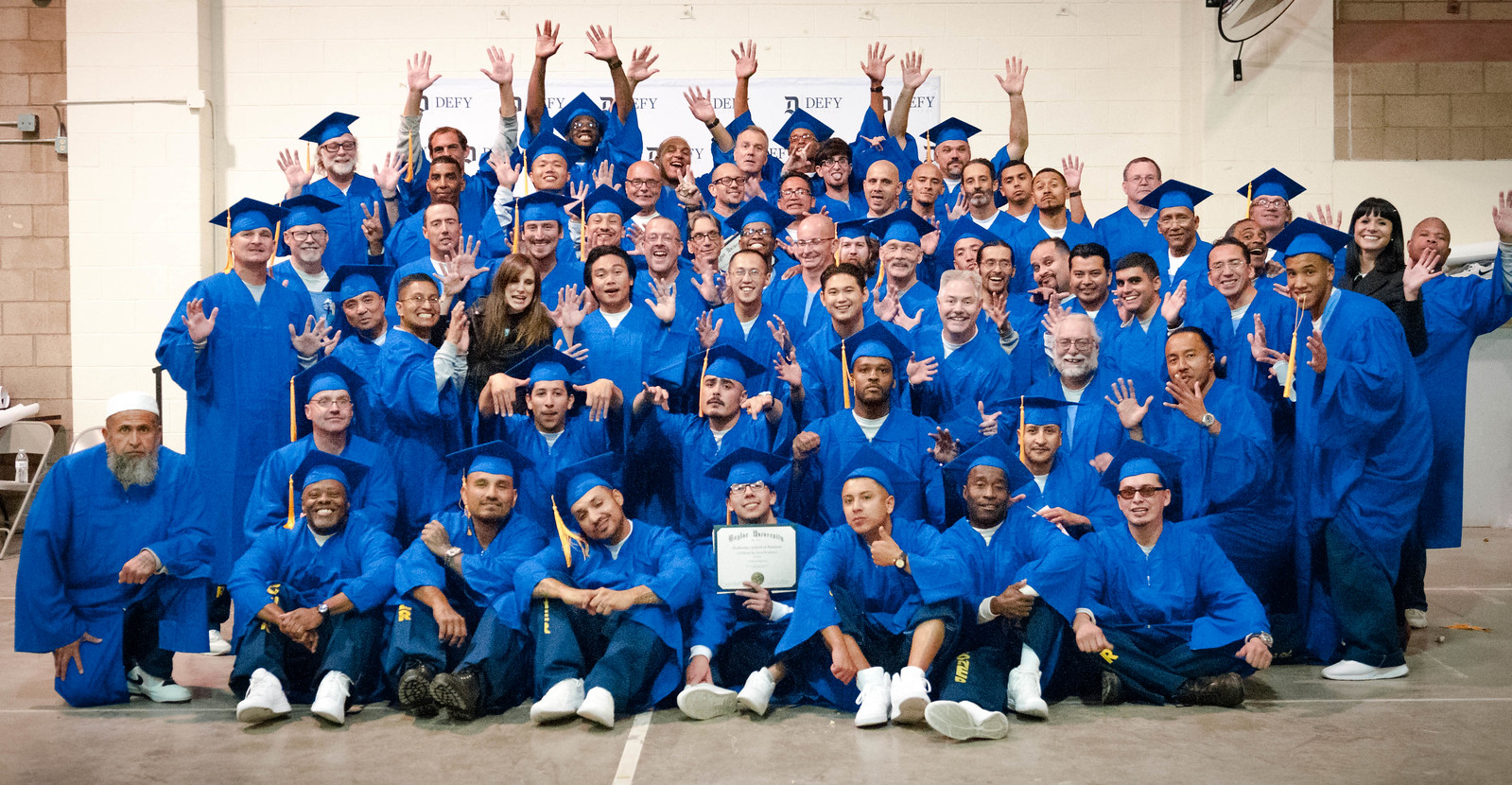 This sums it up nicely.

Our institutions trusted to promote knowledge, ideas, and proper discourse of both are under attack by the highest echelons of power. James Traub summed this up well in his Foreign Policy article last week.

...The reduction of all disagreeable facts and narratives to “fake news” will stand as one of Donald Trump’s most lasting contributions to American culture, far outliving his own tenure. He has, in effect, pressed gerrymandering into the cognitive realm. Your story fights my story; if I can enlist more people on the side of my story, I own the truth. And yet Trump is as much symptom as cause of our national disorder.

As much as I want to have civil, rational discussions above a DH3 level, the fact that facts aren’t even agreed upon leaves us with a conundrum.

I remember source bias as a weapon that could be wielded in debate rounds when you had no counter-evidence to refute your opponent’s point. And sometimes, it just worked - but rarely if you didn’t have any counter-evidence of your own. On the contrary, the opponent’s argument had to be propped up with reason and logic and not just a soundbyte.

I’m not a journalist, yet I believe in the unrestricted right to a free press. I also believe that technology can be used as a vehicle for social good (despite Silicon Valley’s general failure in achieving this at present). And while no organization brings the focal points of knowledge and technology together perfectly, I’ve been an ardent supporter of the Wikimedia Foundation’s work for years.

It’s not without controversy. Wikipedia’s editors are known to exhibit systemic bias and - much like the open source community - there’s a clear skew toward male editors on Wikipedia. But what I appreciate about Wikimedia, specifically, is that the opportunity to contribute is available to anyone and everyone regardless of background or language skill.

When information becomes curated not by a newsroom or a propaganda machine, but by a global community, the opportunity for basic truth becomes a lynchpin. And in a time where even truth is challenged, we need a cornerstone.

May we all continue to be informed, engaged, and passionate members of our community in 2018.