Over the past few decades, life has taken me around a variety of corners. As I turn them, I acknowledge that, many times, I won’t know what languages I’ll encounter, what social interactions I’ll confront, or even what sort of reception I can expect.

I can only state that those experiences have been worthwhile in every way, because they have been where I’ve met you. So, I’m grateful.

Tomorrow’s election is a monumental one for each of us. It carries the same significance as one eight years ago, as we have the opportunity to elect a woman president for the first time in our nation’s somewhat short history, following in the footsteps of other noted democratic states who have placed women in the highest position of power (and have often succeeded with flying colors, imagine that.)

But I’m worried that may not occur. Many factors could shift Senator Clinton’s current position as a leader in the polls, and all it takes is one word from a compatriot to remind me that anything - anything could happen: Brexit. 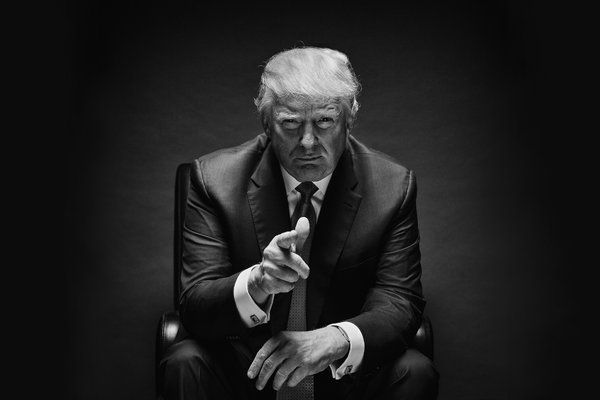 Now, let me be clear. I’m not personally worried. I shouldn’t be worried. Why? Because I’m a white, male, American Christian above the poverty line. I have the most immense dose of privilege one person could have, and privilege is one of those drugs that really only benefits you as more is injected. It’s addictive, because it has no downsides….

…except the one which I’ve unfortunately joked about over the past few months, as we’ve seen a racist, misogynistic, authoritarian human being inexplicably threaten an assault on the most powerful position in the world. I’ve made mentions of moving to Canada, taking an extended leave in Fiji, or some other move that my privilege automatically rubberstamps as a legitimate option. I could do all these things in an effort to figuratively plug my ears and yell “LALALALALALA” for the next half-decade or so.

I don’t need to go into specific, chilling detail about this. Donald Trump has made it abundantly clear that many of you shall be viewed as second class citizens - and this is the worst part - no matter the outcome of the election. It brings me to tears to think about five friends of mine venturing out for a meal, and four of them almost certainly being refused service, harassed, or threatened.

This is the America we could face. And I should stop joking about my exit strategy. Instead, I’m going to do what I should have done for you all months ago: I’m going to vow to fight for you.

I’ll be watching history being made with you all tomorrow. Whatever future we face, I’ll be right there next to you.